The Bakweri speak Mokpwe, a tongue that is closely related to Bakole and Wumboko. Mokpwe is part of the family of Duala languages in the Bantu group of the Niger–Congo language phylum. Neighboring peoples often utilize Mokpwe as a trade language, due largely to the spread of the tongue by early missionaries. This is particularly true among the Isubu, many of whom are bilingual in Duala or Mokpwe.

The Bakweri are primarily concentrated in Cameroon’s Southwest Province. They live in over 100 villages east and southeast of Mount Cameroon with Buea their main population centre. Bakweri settlements largely lie in the mountain’s foothills and continue up its slopes as high as 12,000 metres. They have further villages along the Mungo River and the creeks that feed into it. 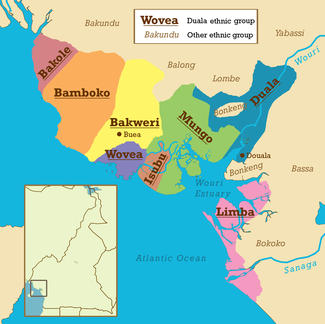 The basic literacy two classes is a continuation of the Mòkpè (Bakweri) Language Basic Literacy 1. Here, you will learn how to form short sentences in the Mòkpè language using the examples from the alphabet chat which was treated in the basic literacy one.

Please if you have not yet studied basic literacy one, make sure to buy the lesson so as to properly understand this Lesson (Basic literacy two).

Not a member yet? Register now

Please on the number field, start with your phone number and end with @ohipopo.org

Are you a member? Login now